WISER orginally started out in the art world as a street Graffiti Artist influenced by the early new york pioneers including Tats cru and FX crew. His Graffiti art soon became his profession as he formed his own companies doing murals and then developing graff inspired clothes for functional art line ILL Style Heroes 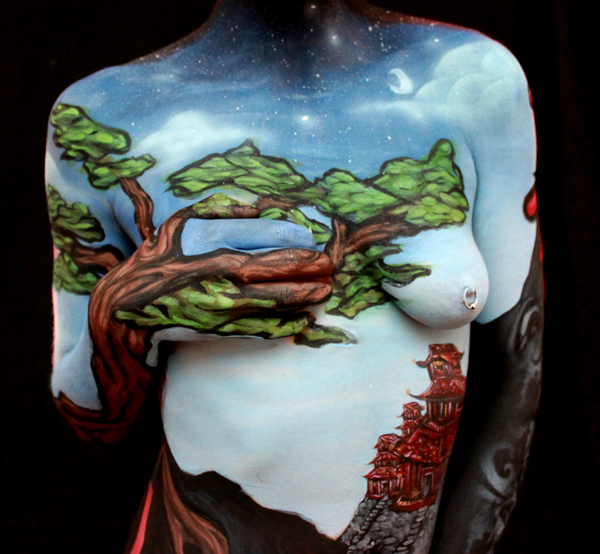 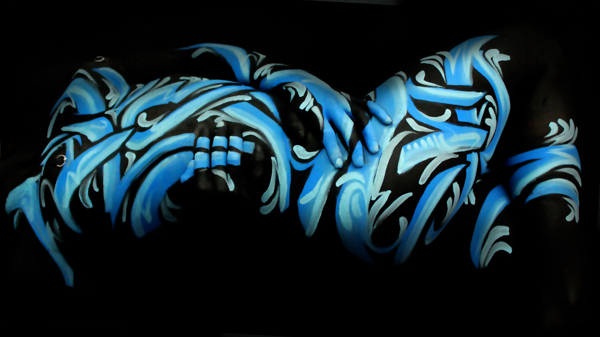 We ask WISER how he made the transition in to BodyArt ?

“in 2009 I started bodypainting after a twist of fate and a chance meeting with one of body painting’s greats. I have since rocked an insane amount of masterpieces while traveling the world as an international instructor of body painting specializing in graffiti style. I’m also one of the founding members of GalleryML in Philadelphia, PA the worlds first collective body art gallery and ive been featured in several international Bodypainting publications.  I still paint walls regularly and have the same great passion for spray paint as I always have but find myself getting more and more lost in Body painting, pioneering new techniques and pushing the limits of what the eye can be fooled into seeing  by using body positioning and optical illusion to break boundaries of vision while maintaining a graffiti flava” 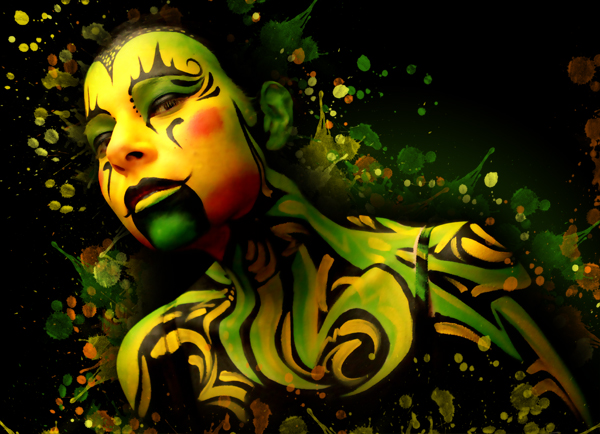 Thanks to WISER for letting us showcase his  art – you can see more at www.wiserbodygraffiti.com